Why Costa Rica During The Rainy Season is Best!

Have you ever considered taking an adventurous vacation to Costa Rica? Do you dream of the warm beaches, tropical rainforests, delicious coffee, and incredible surf? If you do, you have probably only researched taking this trip during the high season to escape the winter. While the northern hemisphere is enjoying summer, Central and South Americans are transitioning into their winter. Which is also known as the rainy or green season. So why would you want to consider travelling to Costa Rica during the rainy season?

Some of the links within this post are affiliate links. At no additional cost or inconvenience to you, I will make a commission if you chose to make a purchase.

There are hundreds of reasons why you would want to travel to Costa Rica during the rainy season! In my opinion, this is the best time of year to visit this beautiful country! We arrived in Costa Rica just at the tail end of their summer, or high season, and let me tell you. It was dry! For anyone planning an exciting vacation, I want to give you a few reasons why you should consider visiting Costa Rica during the rainy season. And I promise you will not regret that decision.

Why You Should Travel to Costa Rica During The Rainy Season

The jungle is so lush and tropical

We all know the saying “April showers, brings May flowers”. Well, the same applies here. Except it doesn’t really rain in April in Costa Rica. It is still relatively dry! When we arrived in April in the driest part of the country, we were shocked at how desert-like Tamarindo was! It wasn’t the Costa Rica we had researched about.

We took a beautiful road trip to the Caribbean coast in May and drove through the adventure capital of Costa Rica. Arenal was our first exposure to the truly beautiful scenery we had dreamed of! It was by far one of the most beautiful drives I have ever been on. Yes, better than the Canadian Rockies. By the end of our little road trip, the rainy season was beginning. It really only took a couple of weeks after that for the torrential rains to make the jungle come alive.

That is really the only way to describe it. The rain wakes everything up and turns the landscape into a tropical oasis. You really haven’t seen the colour green until you’re standing in the middle of a rainforest, just after a heavy rain, and the sun is warming the leaves around you. It is truly inspiring. And when the jungle awakens from its six-month slumber, so does the wildlife within it. Frogs, birds of all kinds, crickets, butterflies, and monkeys paint the jungle with colour and life. Visiting Costa Rica during the rainy season is the best time of the year to see wildlife!

Seriously. It is quiet. No one wants to spend his or her hard-earned annual two-week vacation in the rain! But their loss is our gain! Resorts, hotels, hostels, restaurants, etc, are quiet, and often times deserted. We found ourselves to be the only guests on more than one occasion while we were still bouncing from Airbnb to Airbnb.

Beaches this time of year aren’t quite as crowded as they usually are. Which means the surf typically isn’t either! And like the Airbnb’s I mentioned above, there has been more than one day spent at the beach, when we were literally the only people around for miles! Imagine, an entire pristine, tropical beach, all to yourselves! No fighting for shade! Nature walks are beautiful this time of year, and you get to experience it almost always by yourself! If you are looking for a peaceful vacation to relax, but still enjoy the great culture, nightlife, and beaches, the green season is the perfect time to visit!

It is cheaper than high season

Well, because no one wants to “spend their vacation in the rain”, tours, accommodations, and flights are all extremely cheap! I’ve seen round-trip flights from Vancouver go for as low as $400 on Expedia! That is insane! For a country whose biggest industry is tourism, these cheap flights are what keeps businesses open during the low season. So if you are looking to take an adventurous trip, and save a buck or two, travelling to Costa Rica during rainy season might be something you’d want to consider.

But for what you save on your trip, you will need it for spending money once in the country. Costa Rica is one of, if not the most expensive countries to travel to in central and south america. Currently, it is on par with the USD. So expect to pay similar prices to the US for most things. Sure you can get a beer for $2 in some places here. But if you are travelling through high tourism reliant areas like Tamarindo, expect that beer to cost you three or four times that! But that shouldn’t stop you from visiting Costa Rica during the rainy season. I can think of many other destinations that will cost you much more than $8 for a beer!

It isn’t scortching hot every day

Here’s the thing. When Costa Rican low season or green season is referred to as rainy season, travellers automatically assume that all it does is rain. That couldn’t be further from the truth! Just this week, during what is described as “Indian Summer” in July, it has been nearly 35 degrees every single day. And I think we’ve seen rain twice in a two-week period! It is HOT!

With that being said, it does rain. Usually, September and October get the worst of it though. But it almost never rains to the point where you can’t do anything. Mornings are hot, dry, and sunny, and are perfect for getting your activities done! Afternoons are when it will start to cloud over, get quite humid, and stormy. But after a morning filled with activities, you’ll appreciate relaxing during the afternoon with a cervesa and some ceviche at the local soda.

During green season, temperatures drop but are often still around an average of 28, and the evening cool right off. Having been in Nosara for 3 months now, we haven’t used the AC once, and have only had the ceiling fans on. In fact, there have been a couple of mornings where we’ve woken up quite cool, and had shut the fans off during the night! So if outrageously dry heat is not your thing, but you’d appreciate a sunny warm vacation, you can still get that in Costa Rica during the rainy season. When it rains, it pours, but usually only for a couple hours.

If you’ve ever wanted to go whale watching, this is the time of year to do it! Different areas of the Pacific coast offer tours to see all different kinds of whales migrating with their calves! It is almost a guarantee that you will see an abundance of different species of whales if you decide to take a tour during the rainy season.

But maybe open water isn’t your thing! Baby turtles are hatching and can be spotted up until November in some areas! There are several reserves that protect these baby turtles and ensure they have a safe and successful trip back to the ocean or sea! There is one right near us in Ostional that we are going to check out before we head back up to Tamarindo for August.

And if you are really adventurous, one of the most unique experiences you can have in Costa Rica is a nighttime jungle tour! Of course, I would only recommend doing this with a tour guide, but the jungle is said to come alive especially at night! If glowing eyes and creepy crawlies don’t give you the heeby-jeebies, then this is definitely an experience you won’t want to pass up as you are sure to see a plethora of life on your walking tour. I am still working on Brett to do this with me, but sadly, I may have to go on this adventure alone.

It’s ironic that in the fall, guests will pay hundreds, even thousands, to stay at the Wickaninnish Inn in Tofino to watch the storms from their hotel rooms. I’ve always wanted to visit Tofino during storm season as it is said to be truly spectacular. But I’ve never gone because of how expensive it is, even for a weekend! I would never have thought I’d have the same experience, but better, from our deck in Costa Rica.

As native Vancouverites, Brett and I appreciate and can tolerate lots of rain. And having lived in a very dry climate in Edmonton for the past two years, we can both honestly say that we’ve missed the rain. Coming to Costa Rica during the rainy season has filled that void, and longing for the rain in Vancouver. It is truly comforting to fall asleep with a cool breeze, the sound of rain pouring down, and noises of the jungle to put you to sleep. And if you appreciate a good thunderstorm every now and again, there have been times where I swear, the lightning struck in our yard. The storms don’t last very long and come usually after an extremely hot day. Maybe you’ll be lucky enough to get stuck at a beachfront bar during a thunderstorm, so you can watch the storm over the ocean.

I recently found myself searching for a nighttime playlist on Spotify to put Jack to sleep, and laughed when the majority of them were rainforest themed. It is never truly quiet in Costa Rica, but that makes it so peaceful. You can easily shut your windows and listen to the hum of your beloved AC unit, but why? The sound of nature and the rain is one of the most beautiful songs I’ve ever heard.

So have I convinced you yet? Are you already checking out flights to Liberia or San Jose? If you’re not afraid of a little bit of rain, I highly recommend coming to Costa Rica during the rainy season.

Disclaimer: These opinions are all our own. The Christopher Collective is in no way sponsored, endorsed, or paid by any of the brands mentioned unless otherwise stated. We do however make a small commission through affiliate marketing if you chose to purchase anything through the links we’ve suggested. This, in turn, allows us to keep writing the blog, which is awesome. Please refer to our terms and conditions, and privacy policy for more information, or feel free to contact us. 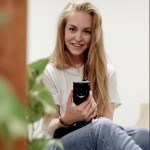 Why We Decided to Take an Extended Family Vacation

My Favorite Apps for Travelers